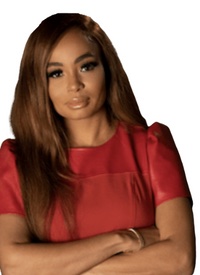 Jamie E. Wright is an attorney at a labor and employment law firm and she is a partner in Millennial Government Affairs (“MGA”).

Jamie E. Wright, Esq. is a highly sought-after millennial lawyer and crisis communicator in Los Angeles. Being at the intersection of the law, business, and politics, Wright has made a name for herself in legal and business circles as an expert in managing multidimensional businesses and clients with keen insight on the law and a forward thinking flare.
All Legal Q & A by Jamie Wright

Can You Get Sued for Sexual Harassment While Working From Home?

Attorney Jamie E. Wright answers the question: Can you get sued for sexual harassment even while working from home?

END_OF_DOCUMENT_TOKEN_TO_BE_REPLACED

Attorney Jamie E. Wright offers tips for businesses on how to prevent sexual harassment in the workplace. She provides an overview of what constitutes sexual harassment, how to create a policy that deters it, and what to do if an incident occurs.

END_OF_DOCUMENT_TOKEN_TO_BE_REPLACED

The Definition of Sexual Harassment: Everything you need to know

Sexual harassment is unfortunately a common occurrence in the workplace. Attorney Jamie E. Wright discusses what constitutes sexual harassment, how to report it, and what legal recourse is available to victims.

END_OF_DOCUMENT_TOKEN_TO_BE_REPLACED

Was the Alex Jones Defamation Verdict Just? Weighing in on the Matter

The recent defamation verdict against Alex Jones has stirred up a lot of controversy. Attorney Jamie E. Wright offers her professional opinion on the matter in this video.

What does Defamation have to do with Sandy Hook Shooting?
Why was Alex Jones ordered to pay $4.1 Million Dollars, how was the figure arrived at?
Can other parents whose kids were killed in the Massacre sue?
What is Alex Jones Net Worth?
What does this Verdict mean for other peddlers of Conspiracy Theories?